The funeral arrangements for the late Bishop Vincent Malone are given below. Due to social distancing measures both services will be private

Archbishop Malcolm will celebrate Mass for Bishop Vincent at the Metropolitan Cathedral. This Mass will be live-streamed to allow those who wish to participate in the celebration. Access to the live-streaming will be via the Cathedral website
https://www.liverpoolmetrocathedral.org.uk/

The funeral service for Bishop Vincent will take place at Allerton Cemetery, Liverpool, where his body will be buried in a family grave. The service, which will be recorded, will be conducted by Bishop Tom.

The Pope on the mystery of creation

THE POPE ON THE MYSTERY OF CREATION

Archbishop Malcolm's message for the Ascension

Archbishop Malcolm's message for the Ascension

Following the Ascension of Our Lord, tradition says that the disciples gathered in the upper room together with Mary for nine days of prayer in anticipation of the outpouring of the Holy Spirit.  This is the original novena.

Today, as disciples of Jesus, we too join together in prayer for a fresh outpouring of the Holy Spirit in our parishes, our schools, our families, and in ourselves.

The format of the Novena will be: Invocation to the Holy Spirit, a daily theme to focus on, a Scripture reading related to the theme and a concluding prayer. Priests, deacons and lay people from the different parishes in the Pastoral Area will lead the novena.

The PA Novena to the Holy Spirit will start Friday 22nd May at 7pm. Click here to download the Novena leaflet.

For those who do not have the internet Mass, the Diocese of Middlesbrough, have developedthe Dial-a-Mass service so fellow Catholics can phone and listen to the Mass.

For the cost of a local call, you can hear Mass, the Mass will last under an hour.

With thanks to the Knights of St Columba who are part funding this initiative.

Sadly, there have been a number of reports of Zoom calls being Zoombombed (an individual intrudes uninvited into a Zoom call) and distributing distressing material or comments, live streams being hacked, and people joining online groups with the intention of grooming children and young people.

CSAS have put together the attached guidance document in respect of using videoconferencing for ministry, parents may find the useful links section helpful in guiding you through the online world.

Sections 8 & 9 of the CSAS Creating a Safer Environment document inlcudes guidance on the use of technology, and photography and filming including live streaming church services.  https://www.csas.uk.net/wp-content/uploads/2018/11/Creating-a-Safer-Environment-1.docx

Any questions on either document should be sent to

Here are some links that may be of use to those struggling or for those concerned about a loved one.
The Mental Health foundation Mentalhealth.org.uk have produced a pack to help you spread kindness, click here for a copy, or visit their support page www.mentalhealth.org.uk/campaigns/mental-health-awareness-week

(a message from the Archdiocesan Chancellor)

Please pray for the repose of the soul of Bishop Vincent Malone, Auxiliary Bishop Emeritus, who died earlier this morning at the Royal Liverpool Hospital aged 88 years. Fr Stephen Lee, the hospital chaplain, was able to administer the sacraments to him during the night.

Bishop Vincent trained for the priesthood at St Joseph's College, Upholland, and was ordained priest at St Oswald's Church, Old Swan, Liverpool on 18th September 1955. After a number of years spent in the teaching profession, mainly at Cardinal Allen Grammar School, Liverpool, he became chaplain to the University of Liverpool (1971) and then Administrator of the Metropolitan Cathedral (1979).

On 13th May 1989 he was named as Titular Bishop of Abora and Auxiliary Bishop of Liverpool, and received episcopal consecration the following 3rd July. His resignation as Auxiliary Bishop was accepted on 26th October 2006, shortly after his 75th birthday, but he continued in his role as Vicar General and Canon of the Cathedral Chapter long after that.

A fuller obituary and funeral details will follow in due course.
For many years Bishop Vincent commended to our prayers the souls of deceased priests and faithful in our archdiocese. May we now pray for him, bidding the choirs of angels to lead him into paradise

The fuller obituary is now available click here to read it.

For the tributes of Archbishop Malcolm and Cardinal Nichols click here

Archbishop Malcolm has received the following message from Pope Francis on the death of Bishop Vincent Malone:

‘His Holiness Pope Francis was saddened to learn of the death of Bishop Vincent Malone, and he sends prayerful condolences to you and to the clergy, religious and lay faithful of the Archdiocese.  United with you in offering thanks to God for the late Bishop’s many years of priestly and episcopal ministry, especially his service to the education of young people, His Holiness commends his soul to the merciful love of our heavenly Father.  To all who mourn Bishop Malone’s passing in the sure hope of the resurrection, the Holy Father cordially imparts his Apostolic Blessing as a pledge of peace and consolation in the Risen Lord.’

Cardinal Nichols held a Thanksgiving Mass following the 2 minutes silence at 11am on Friday 8th May. Click below to learn more and to read Cardinal Nichol’s homily.

Coronavirus (Covid-19) has now spread worldwide, with confirmed cases in many countries where CAFOD works. The effects of coronavirus on developing countries are likely to be devastating. Many countries have very weak healthcare systems and will not be able to cope. Families without enough to eat and without access to clean water, possibly living with other diseases, will be particularly vulnerable to coronavirus. It is not just a public health emergency. Many of the world’s most vulnerable people will lose their jobs and be unable to support their families. The poorest and most marginalised communities, working hard to transform their lives, will be pushed further into poverty.

CAFOD is adapting its programmes to help manage the risk of coronavirus in communities and working with local Church aid agencies on the frontline of this crisis. They are already working to get food to where it is needed most; to improve hygiene, handwashing and sanitation in communities and households; producing radio messages, posters and leaflets in local languages on risks and prevention; and training community volunteers to carry out awareness campaigns. In order to continue protecting and improving the lives of those in poor communities, your prayers and gifts are needed now more than ever. While we are not able to hold collections in our church, you can donate at cafod.org.uk/coronavirusappeal

Help us improve this site !

Do you have any suggestions as to how we can make the site better or have you spotted any errors. Please let us know by clicking here. 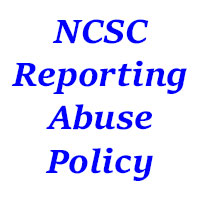